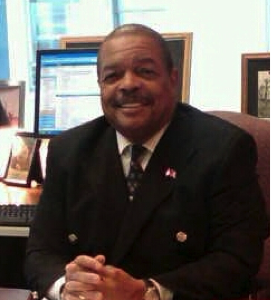 As the Executive Director of the New Jersey Real Estate Commission, Director Kinniebrew has full oversight of the day to day operations of the Real Estate Commission, including decision making and duties that relate to supervision and regulation of the real estate industry in New Jersey. Executive Director Kinniebrew has been licensed by the Commission as a salesperson and broker since 1970. Before his recent appointment to the Commission by former Governor Jon Corzine and recently re-appointed by Governor Chris Christie, Executive Director Kinniebrew served two consecutive three year terms as a commissioner of the New Jersey Real Estate Commission, appointed by former Governor Christie Whitman and former Acting Governor Richard J. Codey. He is also a former director of the National Association of Realtors and was president of the New Jersey Association of Realtors in 1996. In 1983 he served as president of the Burlington County Board of Realtors. He served in the US Army one hundred and first (101 st) Airborne Division as a paratrooper and later joined as an officer, the elite green berets of the SPECIAL FORCES and is a Vietnam Veteran.