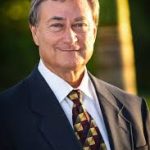 Like the colorful, meandering pathways that lead up to a comfortable home, Steve Kodad’s career path paved the way to his calling as an award-winning Feng Shui consultant and sought after speaker and trainer.

Early on, he taught mathematics in Basking Ridge, NJ where he also coached the basketball team to six straight years as conference champions. Four different schools benefited by his championship coaching skills.

Steve’s career path changed in North Carolina where he entered the real estate industry. He was a multi-million dollar producer, year after year, eventually becoming co-owner of the agency which grew to 30+ agents.

It was in 2003 that Steve discovered Feng Shui and used it with great success to sell his listings. He trained under some of the best-known teachers and earned several certifications, becoming a member of the exclusive International Feng Shui Guild (IFSG) in 2004.
He sold his share of the real estate agency to his partner to focus on Feng Shui after seeing success came to everything it was applied to.

Steve has conducted over 270 seminars and presentations since 2004 and has trained over 3400 real estate agents, homeowners and home stagers. He has been featured many times in the media, on television and the radio. He was recently tapped as a Field Producer and Show Advisor for the program “Home Staging Pros.” His third book: “The Feng Shui Cure (for Home Sellers)” will be published this year.