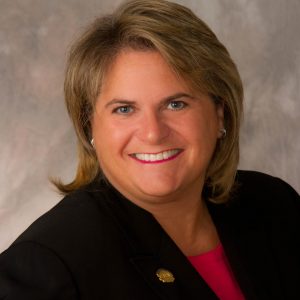 Kimberly Allard is the Broker/Owner of Century 21 Professionals in Braintree MA. and on the Faculty at Dynamic Directions with Adorna Carroll. She was the 2017 recipient of the Massachusetts Association of REALTORS® (MAR) Real Estate Educator of the YEAR. In 2017, she was inducted into the REALTOR® Political Action Hall of Fame, which at that time, had been achieved by less than 750 of over 1.2m REALTOR® members. In 2013, she was elected President of the Massachusetts Association of REALTORS® and lends her time and talents to chair and serve on numerous NAR committees as well as serving on the National Association of REALTORS® of Board of Directors since 2010. In 2010 she was not only the Realtor of the Year for the South Shore REALTORS®, but was selected as the MA REALTOR® of the Year. She was awarded the 2016 Public Policy and Advocacy award from the Massachusetts Association of REALTORS®. She is the Federal Political Coordinator for Congressman Stephen Lynch (D-MA). She was elected as 2006 President of the South Shore Association of REALTORS® and received the Association’s Outstanding Service award in 2007. Kimberly is approved to teach real estate continuing education in MA , and is an Approved instructor for Ziplogix, RPR , NAR’s Real Estate Safety Matters and the Code of Ethics. Kimberly was appointed in 2016, by the Governor of MA, to serve on the board of Real Estate Brokers and Salesperson, as a Commissioner, for the Division of Occupational Licensure for the Commonwealth. She has her ABR, CBR, CFS, CRS, E-PRO, GRI, LMC, PSA, RENE, SRS, AHWD, ITI, WCR professional real estate designations. She is a self-proclaimed “Techie” and well respected by her peers for her technology knowledge and creative use of technology in her business. She gets a kick out of Social Media, Loves her little 14 yr old Yorkshire Terrier named Gemma and hates beets, meat and scallops ! For fun, Kimberly Can be found spending time at the lake or at the sportsmans club where she was on the Pistol Team shooting under Class A.

Share This Speaker
Pricing Strategies Advisor (PSA): Mastering the CMA
8:30 AM - 5:00 PM
401
$195.00
The Pricing Strategy Advisor certification is specifically designed to enhance your skills in pricing properties, creating CMAs, working with appraisers, and guiding clients through the anxieties and...
Resetting Your Association for a New Normal
9:30 AM - 11:30 AM
421
The pandemic forced associations to open their eyes, alter their business operations and change the way it engages their members. What lessons have we learned from this experience and how will that...
Speaker Details