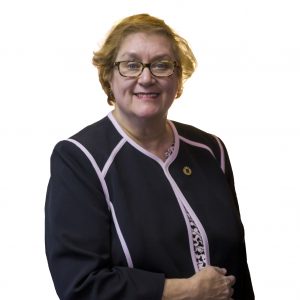 Melanie McLane is a second generation REALTOR®, who is an appraiser, broker and educator. A graduate of Kenyon College, Gambier Ohio, she holds the following designations and certifications: ABR, CRB, CRS, EPRO, GREEN, GRI, RAA, RSPS, PSA, SRES, SRS; she is also certified as a distance instructor (CDEI) and is an Appraiser Qualifications Board approved USPAP (Uniform Standards of Professional Appraisal Practice) Instructor. She has written numerous courses, both for her own use, and as works for hire for other educational companies. She also served as a SME/author for the Pricing Strategy Advisor Course for NAR, as well as other NAR courses, including RSPS. She has served as President for her local association, West Branch Valley Association of REALTORS®, a District Vice-President for the Pennsylvania Association of REALTORS® (two terms), and has served on various NAR committees, task forces, and forums. In 2008, she was inducted into the REBAC Hall of Fame as an instructor, and in 2012, she was named RSPS of the Year for her contributions to the RSPS course. She has also been honored by her local association with “REALTOR® of the Year” (twice, in 2004 and again in 2017) “Spirit Award”, and “Outstanding Achievement Award”. In 2018, the Pennsylvania Association of REALTORS® named her REALTOR® of the Year. She continues to list, sell and appraise, as well as teach. In her free time, she enjoys gardening and spending time with her grandchildren.

Share This Speaker
Estimate, Adjust and Defend
9:00 AM - 12:00 PM
318
This course for appraisers covers how appraisers should estimate adjustments, make adjustments, and defend those adjustments. As appraisers, we know our reports are scrutinized by underwriters,...
Bias in Appraisals
2:00 PM - 5:00 PM
318
Are you a biased appraiser? Are you possibly a biased appraiser who doesn’t recognize your own bias? In this session we’ll discuss your requirements under Fannie Mae and USPAP to not let bias be a...
Be Careful Out There
9:00 AM - 12:00 PM
301
This course is designed for supervising or managing brokers. We will spend time discussing a policy manual for brokers, which is the blueprint for the company to help manage risk. We will also cover...
AVMs: Fact or Fiction?
2:00 PM - 5:00 PM
312
A big challenge for agents today is contending with the ‘values’ consumers get from AVMs (Automated Valuation Models). Buyers and sellers believe this information is correct but professionals know...
Speaker Details